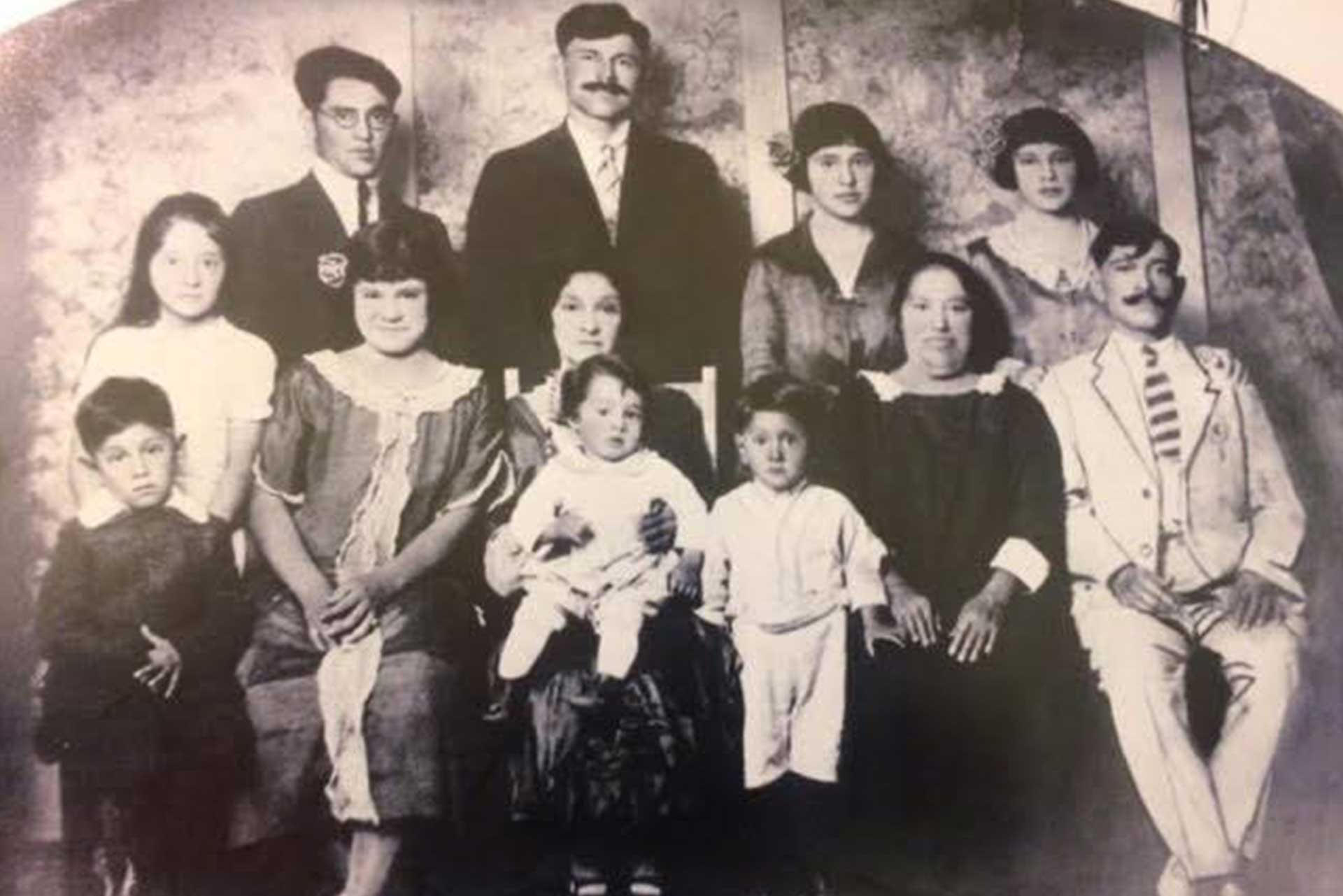 During the Mexican Revolution of 1910, la Familia Guel lived in the city of San Luis Potosi, Mexico.  The head of the family, Juan Guel, was drafted by the Federales, while his oldest son, Marciano Guel, was drafted by the Revolutionary Army.  His wife, Simona, his three daughters (Candelaria, Ignacia, and Maria), and his youngest son, Pablo, were left to fend for themselves.  Pablo was about 8 to 19 years old at the time.

On the eve of the attack on the city of San Luis Potosi by the Revolutionary Army, Marciano deserted in order to save his family from the expected atrocities.  Marciano fled with his family to the United States.  The family settled temporarily at the Texas border so that they could continue their search for Juan Guel.  Unable to find Juan Guel, the family migrated to Bauer, Nebraska.

This photo was taken in Bauer, Nebraska around 1926.

Simona Cisneros Guel is seated in the front row, second from the right.

Her eldest son, Marciano Guel, is seated next to her.

Simona’s oldest daughter, Candelaria, is seated next to her.

Candelaria’s husband, Tranquilino Salazar, is standing directly behind her.

The four children belong to Candelaria and Tranquilino (far left is Trinidad and David; the baby is Isidoro, and Elpidio is standing next to Simona).

Standing next to Tranquilino is Ignacia Guel and Maria Guel.

Pablo Guel is standing in the back row, far left.

Pablo’s young wife, Carmen Corrales Guel, is seated directly in front of him.  Carmen is expecting her first child, Ana. 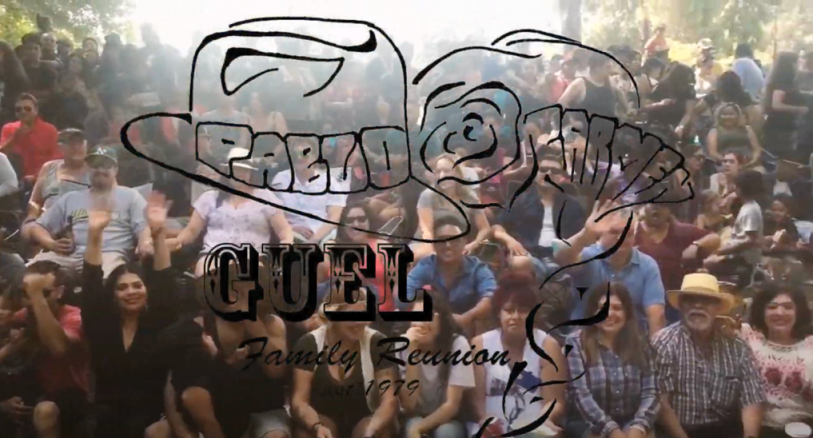