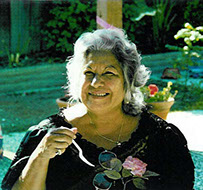 Alicia Ceja Guel, known as Licha to family and friends, was born on July 6, 1929 in Nuevo Laredo – Tamaulipas, Mexico. What she lacked in her childhood of modern conveniences were more than made up for by her strong sense of family commitment taught by her mother, Jesusita De La Cruz. Little did she know that she would soon leave the small town on the Rio Grande for El Norte to reach her destiny.

During one hot summer night, Licha attended a neighborhood house party in Laredo, Texas. The sparks started to fly when she met a striking young man, Luis Guel. Their courtship included the traditional meetings in the town Plazita. Here the young girls huddled in the center of the courtyard while the young suiters circled them, walking around the girls and exchanging glances. Luis entered the Army, extending their courtship into written love letters until they married in 1949. Luis and Licha started their young marriage while stationed at Fort Benning, Georgia. Luis was called to active duty in the Korean War. Licha gave birth to their first son, Jose Luis, in 1950 while Luis was still on duty in the Korean conflict. She would always consider herself a veteran of the Korean War due to these experiences.

In 1951, Licha followed her heart and took a true leap of faith. She left her family and moved with her husband and young son to California. Luis y Licha quickly developed a reputation as exceptional dancers as they expressed their love and unity on the ballroom floor. They settled into their first home in Menlo Park. During the 50s, Jesse, John, Rosa, and Lupe were born. Licha somehow found time to develop her talent in sewing and embroidering with children’s clothes and beautiful constumes to support their growing folkloric dance group.

In 1964, they bought their second home, and moved to Sunnyvale, California where they lived for 43 years. Angel was born in 1964. Then the twins, Ana and Carmen, were born in 1970. Licha loved cooking and often cooked for large banquets and countless family gatherings. She was very active in the church and loved gardening. Licha was especially proud of her roses and she was very fond of gardenias.

Through the years, Licha instilled a strong sense of family tradition in her children. She insisted on always speaking to her children and grandchildren in Spanish. As they grew and started their own families, that tradition continued through the years with Sunday Brunch, Thanksgiving, and Christmas Eve with the focal point being the family matriarch, Licha. She always welcomed family and friends into her home and loved her 3 daughter-in-laws and 3 son-in-laws as if they were her own children. She had 24 grandchildren and 12 great-grandchildren at the time of her passing who have all grown to know their Abuelita’s house in Sunnyvale as a second home.

Licha and Luis have enjoyed traveling to Mexico, Puerto Rico, Hawaii, Texas, Los Angeles, as well as cruises. They shared a married life of 54 years and they are honorary members of the Guadalupe Society and Club Estrella. Alicia will be missed on the dance floor, but her memory will dance in our hearts forever. 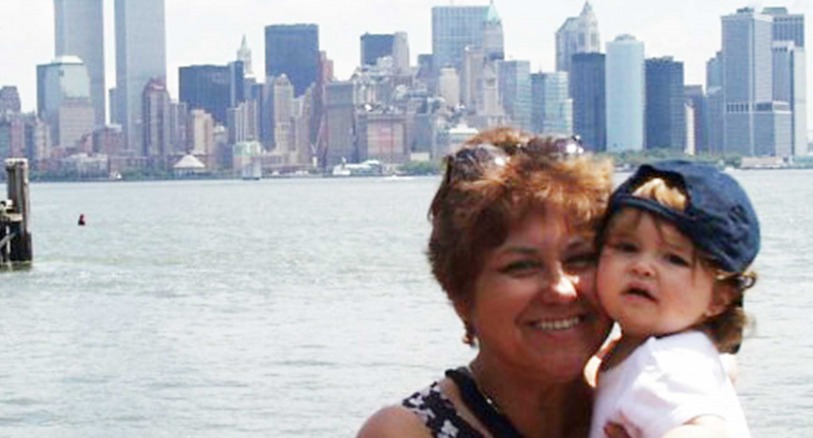