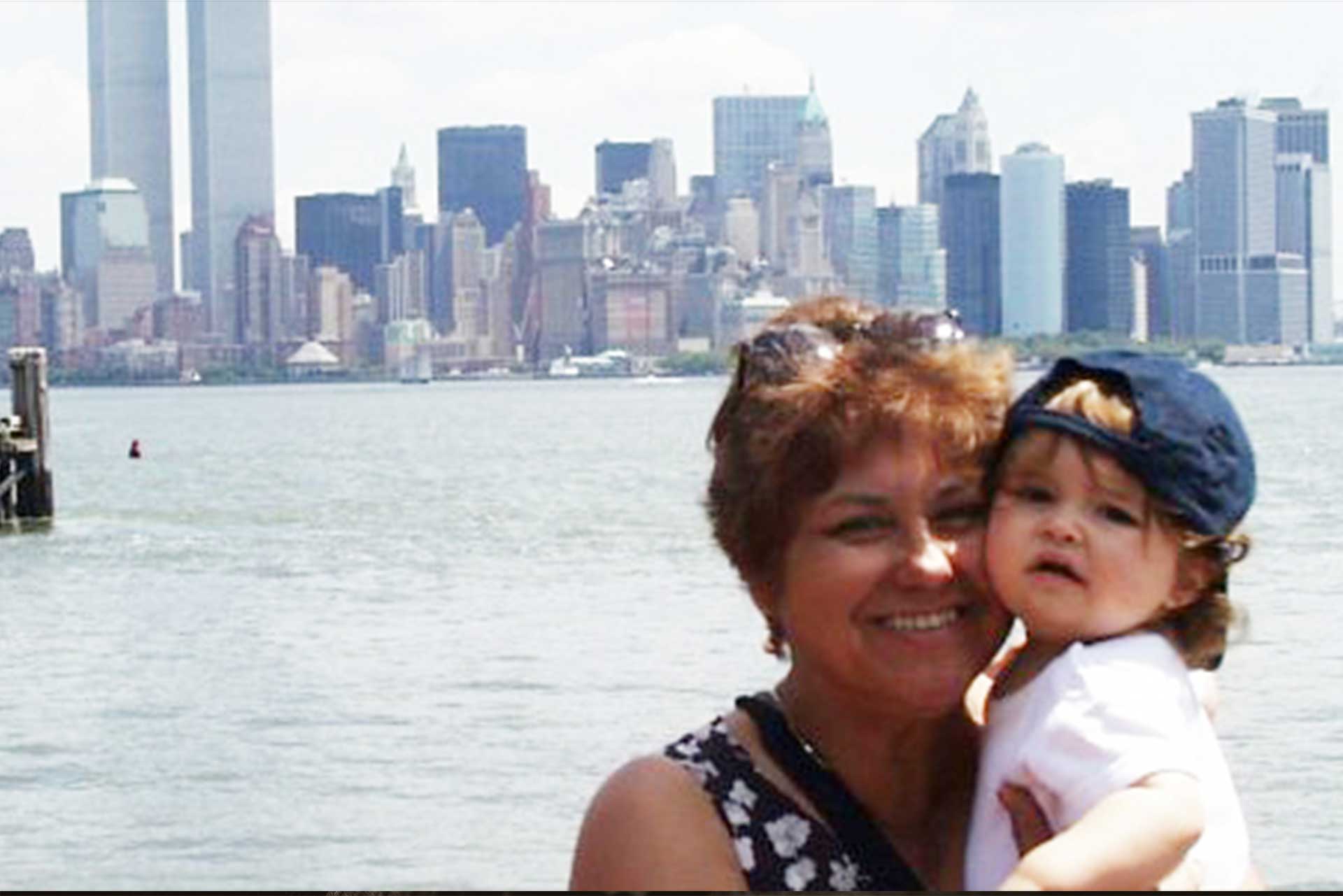 History November 12, 2014 0Comments
Guest author: Elvia Lares is the youngest daughter of Pablo and Carmen Guel. Calamity Rose Jung, her 12-year-old granddaughter, recently wrote the following biography. This is an amazing depiction of Elvia’s life story, told in the first person, and written as true and accurate as it can possibly be, based on questions and conversations they have shared. We’re proud to feature Calamity Rose as an up and coming author in the family!
—

Elvia Lares was born in a straw hut. A small, round, dirt-floored affair, the hut took shape by the beaches of Acapulco. In the tourist Mexico of 1943, an indigenous child’s common treasures were most people’s trash.Elvia’s crib was a hammock, and her toys were empty cartons, bottles, and discarded paper. Born into a full family and extreme poverty, she had nine brothers, a number that was normal at that time.
Her parents met and fell in love during the Depression, when things in the U.S. got so bad that the government began offering people money to go back to Mexico. Poverty was a huge factor in Mexicans, and the government knew this. Elvia immigrated to the U.S. in 1957, when she was fourteen, then carried out a life in the United States.
This is her story.
—
Because they didn’t have much money, my parents took the offer that the government gave and headed back to Mexico with their four children (not including me at that point). My dad got a job working on the construction of the new highway and he moved from town to town, following the work on the road.
That’s how I happened to be born in Acapulco, which is a famous Mexican tourist resort. My siblings were born in various places along the way.
I grew up in an incredibly poor environment, which I consider now to be a valuable experience. I used to play with discarded cartons and bottles, those sorts of things. Therefore, I had to rely on my imagination.

I had to get real busy right away in fixing a place for the baby and making arrangements for someone to come and watch her full time. As it turned out, I asked IBM for a leave of absence for a year and was able to stay with her.
Having a new baby in the family was good because it allowed us to go on and focus on her.
When she was about four years old, the judge actually asked her a few questions like, “Do you want these people to be your new parents?”
Monica brought a lot of joy to our family after the devastating death of our daughter and has always been a big part of our lives.
—
After one of my long-time friends, Barbara, died from cancer, I was grieved to lose my friend but also terrified. Up until now, our lives had been parallel to each other: we were married at the same time, divorced at the same time, met our new husbands within weeks of each other and married them the same year, we both lost our first born and raised our grandchild. So, needless to say, I believed that whatever happened to her would eventually happen to me. I remember that icy water feeling. Fear. For weeks, I thought I had cancer. My husband, Robert, thought I was nuts because I had no foundation for this fear other than Barbara.
When I found a spot on my nose, I knew. I went to the doctor and they did a biopsy, but the results were negative. It turned out that I didn’t have cancer, at least not yet.
A couple months later, my doctor was giving me a check-up and found a small lump on my neck. She told me that it looked suspicious, but not to worry, and they’d check back on it in six months. I asked what the worse situation could be. She told me, thyroid cancer, but it was very rare, and even if it was, it was a very slow growing cancer, so not to worry. When I heard that, I told her no. I want to know now, if I have cancer or not.
Her reaction was persistent. She told me that it was extremely rare and not to worry; I didn’t need a check. It was fine. That’s what she said, but I insisted that I had to know. Wouldn’t you have? I don’t think I would’ve been able to sleep with the mystery of whether I had cancer or not eating me up inside.
The biopsy came back positive. It was thyroid cancer all over. The doctor who did the biopsy told me that the doctor who had performed my checkup was very smart. ‘Normally, a doctor wouldn’t check on this.’ I told him, ‘My doctor? Heck, it was me!’
But it was a very scary time for me. The doctors thought they were only going to remove part of my thyroid, but when they went in, they found other lumps, and they had to take my entire thyroid out. Your thyroid gland produces a lot of your body hormones, so from then on I had to take lots of medication. It was a very scary time.
I was recuperating from surgery when the bombing of the twin towers occurred, so I will always associate the incident with my cancer.
—
I suppose my life was rough. I had to deal with a lot of tough things when I was a kid and an adult. I used family as a raft in the stormy sea of my life, but there was another one that I turned to. More than a raft. A boat. Music.
I always have the stereo on rather than the television. But it wasn’t just something I listened to. Not just something extra. Music helped me through life.
Something sweet, something country, something old, something Mexican. Those kinds of music are my favorite. They get me through lots of tough times. Sometimes when I’m sad or things are going on, I put my favorite music on and it cheers me up and brightens my day. I also enjoy dancing. I have been told that I am a very good dancer, which may be because my brother Luis became a dance instructor in his later years and he taught me how to dance ballroom, like swing and salsa. My husband and I still go dancing around six times a year. I love the feeling that fills me up when I dance, a sparkling, wonderful feeling, like I drank warm seltzer.

I play the guitar and I try to sing along but my voice is not that great, so I enjoy playing more than singing. I belong to a Senior Citizens guitar group that meets every Wednesday and Friday. We have a teacher that makes us practice. There are about ten people in our group and we have around five that have beautiful voices, so we accompany them while they sing. We also meet regularly for parties or potlucks and we end up playing the guitar or singing karaoke.
—
Author’s Note:
Before you close this page, imagine Elvia Lares after everything. After the music, the aimless days staring at the clouds, the scorpion, the loss, the pain, injustice, love. After the burlap dresses.
Imagine her brown, swirling hair, her fingers dancing across the guitar frets, pressing and tapping and strumming. Imagine her beautiful, rich, cancer free voice, her wonderful singing filling you up like hot chocolate. Imagine my grandmother, sixty-eight years old. A lady with experience, a lady with a sparkle in her eye, prestige, a lady who’s seen it all.
Fists in the air, a lady who made it!
~Calamity Rose Jung, 2012
guelfamilyhistory 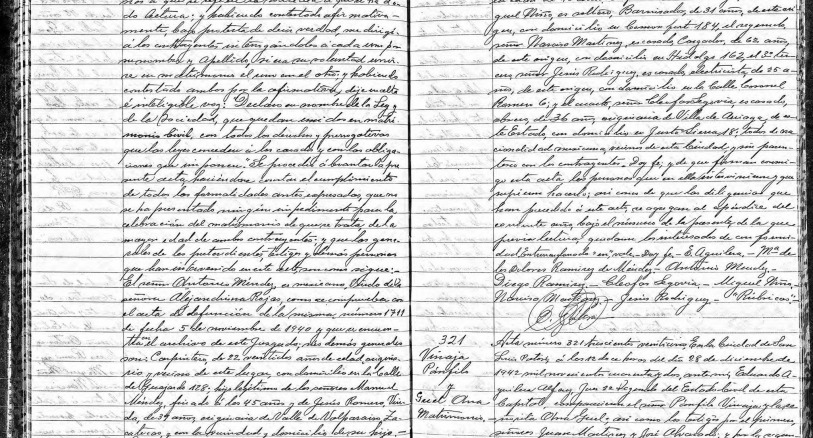 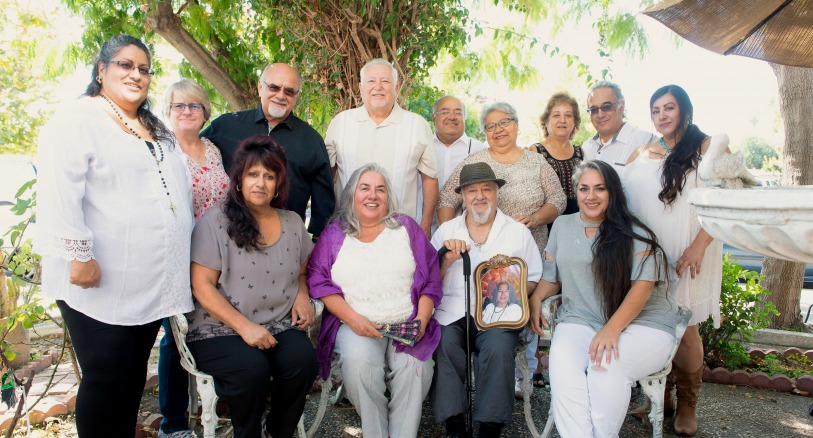